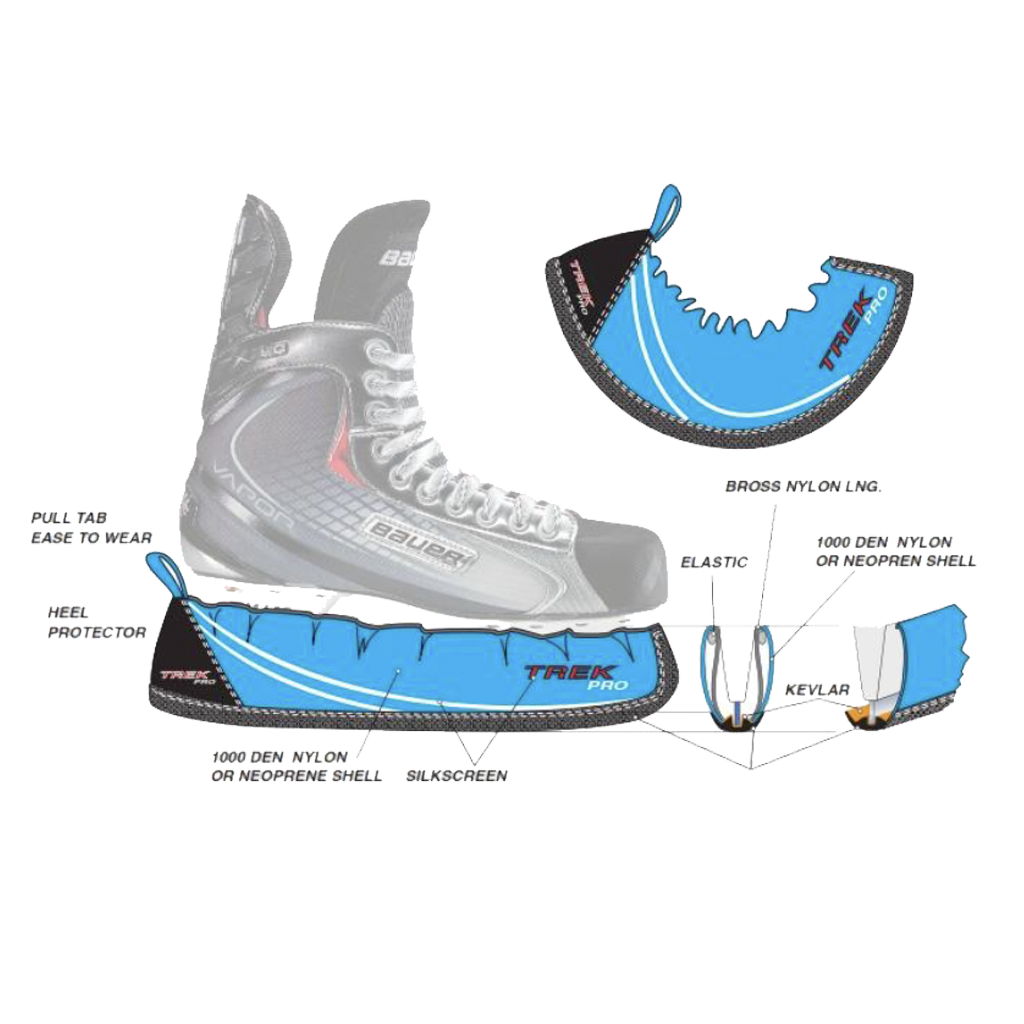 PROBLEM STATEMENT:
Find a solution for the player to walk with his blade guards on
without them tearing or damaging the skate blades.

In 2015, following a strategic change, Blue Sports no longer had access to a skate blade protector
that users could move around with.

The goal was to create a product with properties similar to a sneaker.

Rubber shoe soles under a blade guard to prevent slipping when moving.

Built from the base of the Platinum Skate Guard, an outer sole was added to allow for off-ice travel.

The first technical drawing of the prototype was completed in March 2015. During that year,
several prototypes were developed and tested until the Walking Skate Guard was released in 2016.

Produced in a shoe manufacturing facility, the Walking Skate Guard has an outsole with all
the characteristics of a shoe sole. A fusion of vinyl acetate and rubber, the outsole is non-slip 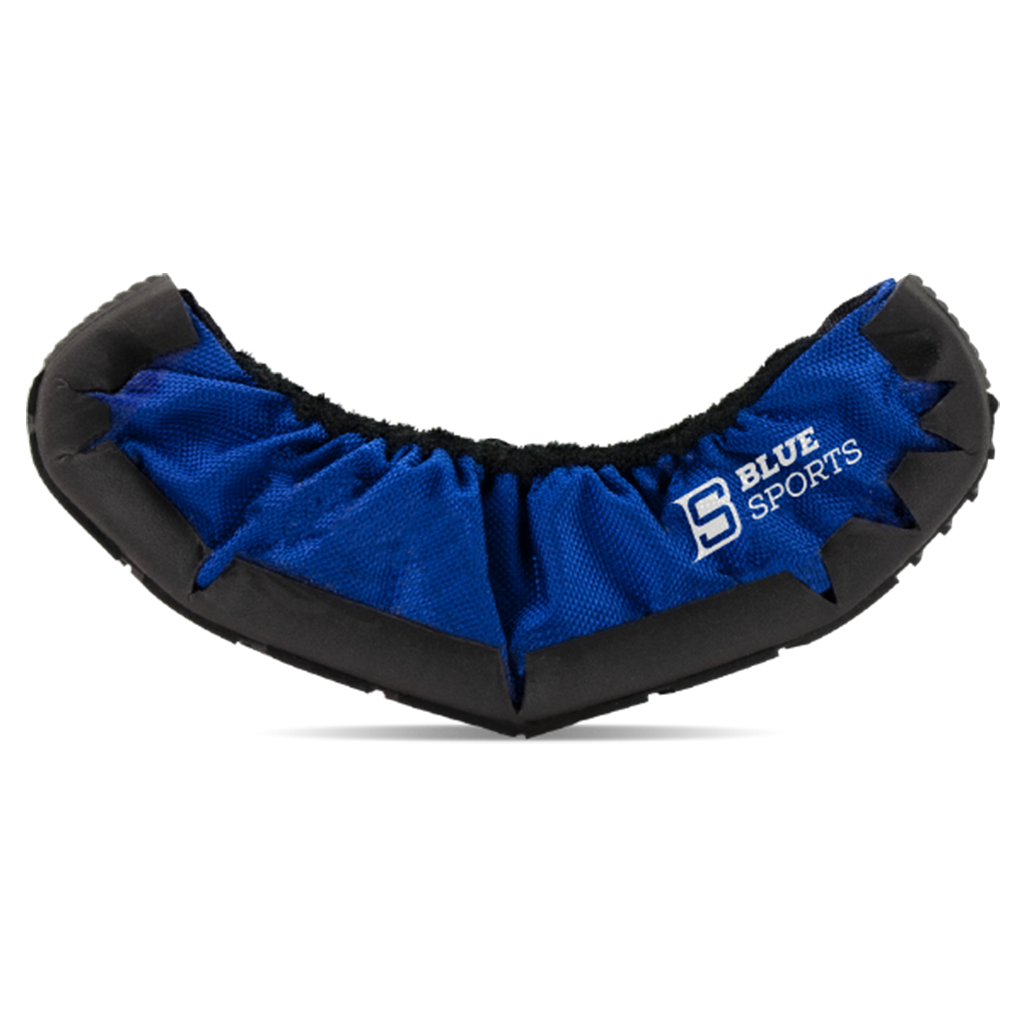 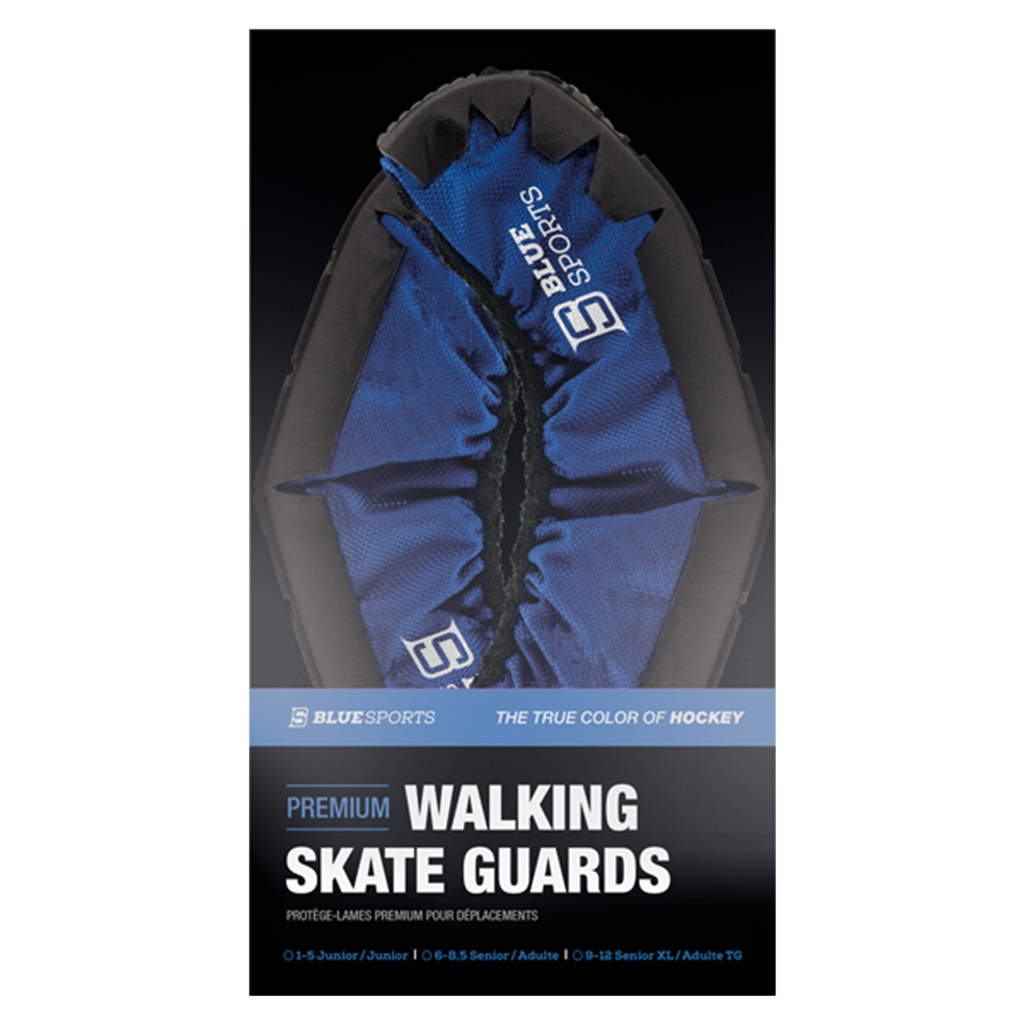 Today we are at the 3rd generation, and it is now a category in the market,